The Burdette and Sarah Eagon Nature Education Preserve in the town of Alban, Portage County, is an education and restoration site owned by UW-Stevens Point. The property, which is managed by university students, has a mix of wetlands, uplands, grasslands, and shrublands as well as a class 1 trout stream, Flume Creek. It is also the original location of the Alban township. The site is home to a wide variety of native plants and animals, including oaks, white pines, song and game birds, and amphibians. However, invasive species such as buckthorn, honeysuckle, prickly ash, poison ivy, and spotted knapweed are also abundant. 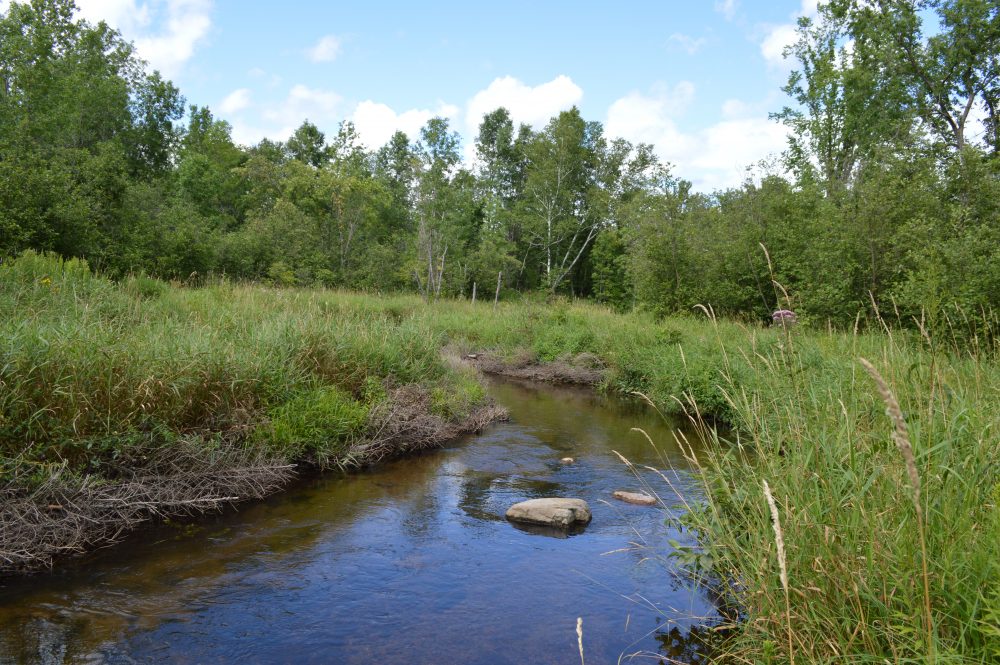 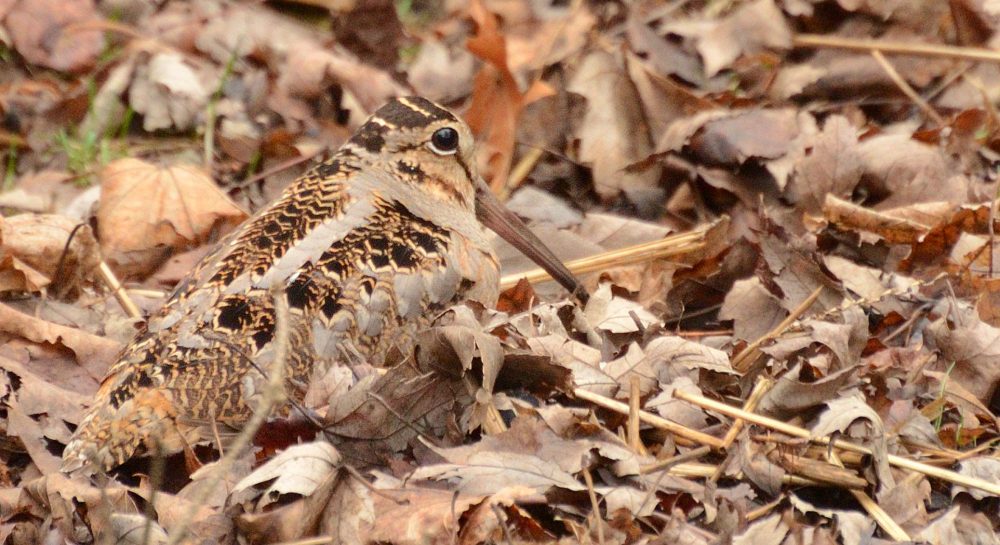 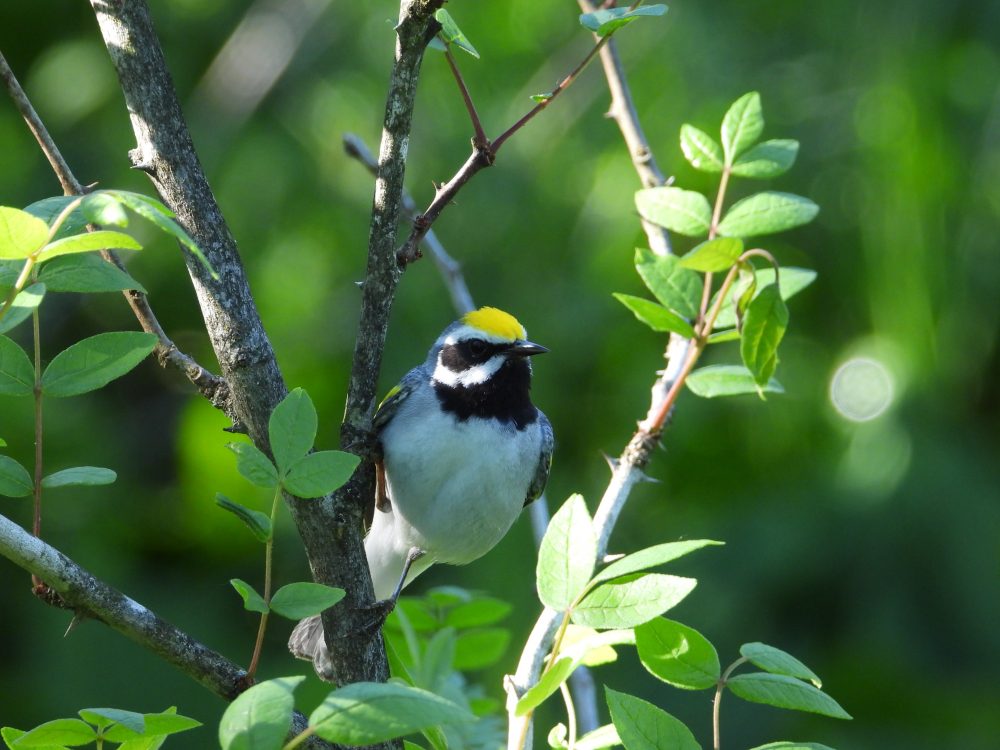 The primary focus of this site was to create woodcock habitat. Habitat components for other species such veery, yellow-throated warbler, yellow warbler, rose-breasted grosbeak, American redstart, pewee, and ruffed grouse were also included. 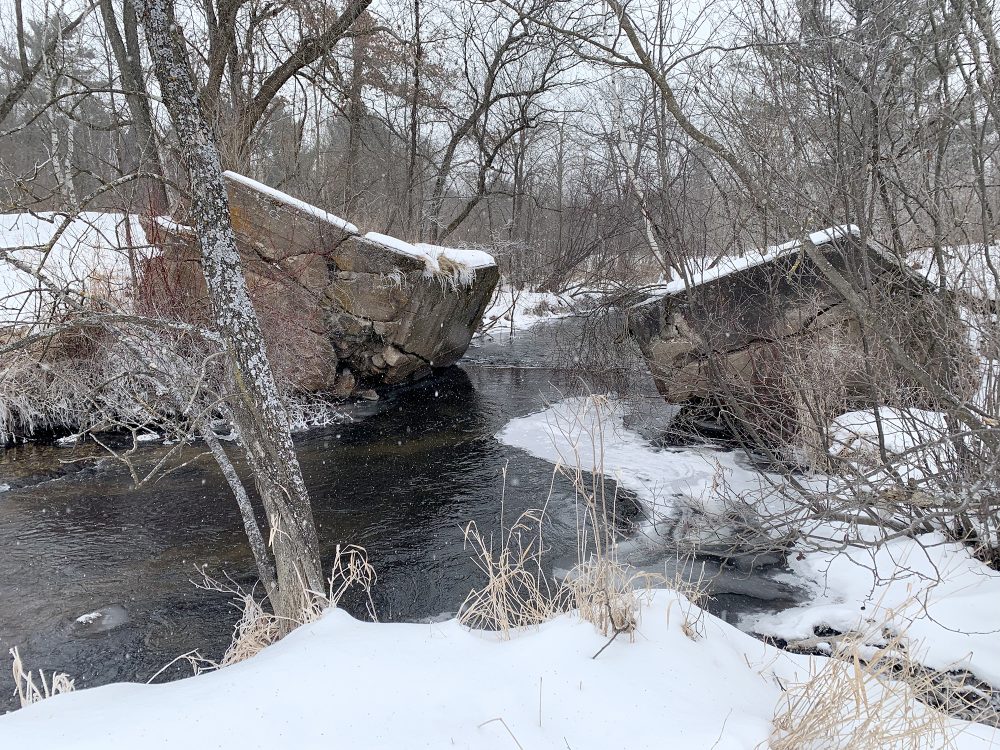 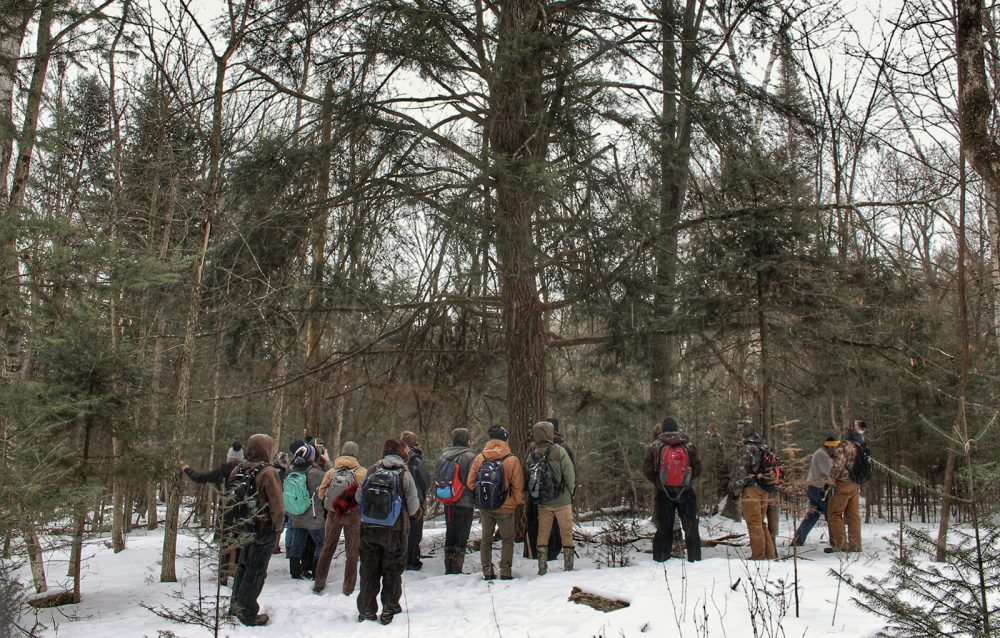 The property was originally comprised of three ecosystems: upland forest, shrubby grassland, and wetland. To explore each, click the drop-down menus at right.

Prior to management, the upland forest was a mix of shrubs, central hardwoods, and conifers intermixed with invasive shrubs and plants. Most of the trees were of the same age. As a result, they were of similar size and lacked the variation desired by the focal species for cover.

Before management, two sections of shrubby grassland existed: one along the powerline corridor and a second along Flume Creek Road. Both portions had a mix of native plants and legumes intermixed with non-native grasses. The powerline corridor also had extensive poison ivy and some shrubs.

The wetland area running along Flume Creek was dominated by thick groves of mature tag alder. Within the alders were scattered overstory trees, patches of red osier dogwood, and invasive species.

To incorporate woodcock habitat while providing drumming logs for ruffed grouse and nesting/foraging habitat for neotropical migrant birds, management focused on increasing ecosystem diversity and vertical structure. To do this, four distinct cover types were created and management actions were incorporated to promote a variety of age classes now and in perpetuity. To explore how management practices were adapted in each ecosystem to incorporate habitat elements for focal species, click the drop-down menus below.

Within the upland forest, management focused on creating winter cover, often referred to as thermal cover, as well as increasing foraging, nesting, and mating habitat.

To create the brushy fields desired by woodcock for loafing, the shrubs along the powerline corridor were maintained while poison ivy was removed.

Open grasslands play an important role as singing grounds for woodcock during their spring mating season. To create this habitat component, non-native shrubs were removed and the shrubby grassland along Flume Road was rotary seeded with native plants. Maintaining the site as a grassland will require periodic prescribed burns to reduce encroaching shrubs and stimulate plant growth.

Many of the site’s focal species rely on riparian areas for foraging, cover, and nesting, while the stream provides important trout habitat.

The Eagon Preserve is open to the public for visitation year-round. Hunting, firearms, and camping are prohibited. A small grassy parking lot is available near the intersection of Flume Road, Sunset Lake Road, and County Road T. A walking trail through the demonstration area runs along the north side of Flume Road.

Thank you to the following for their support of this demonstration site: