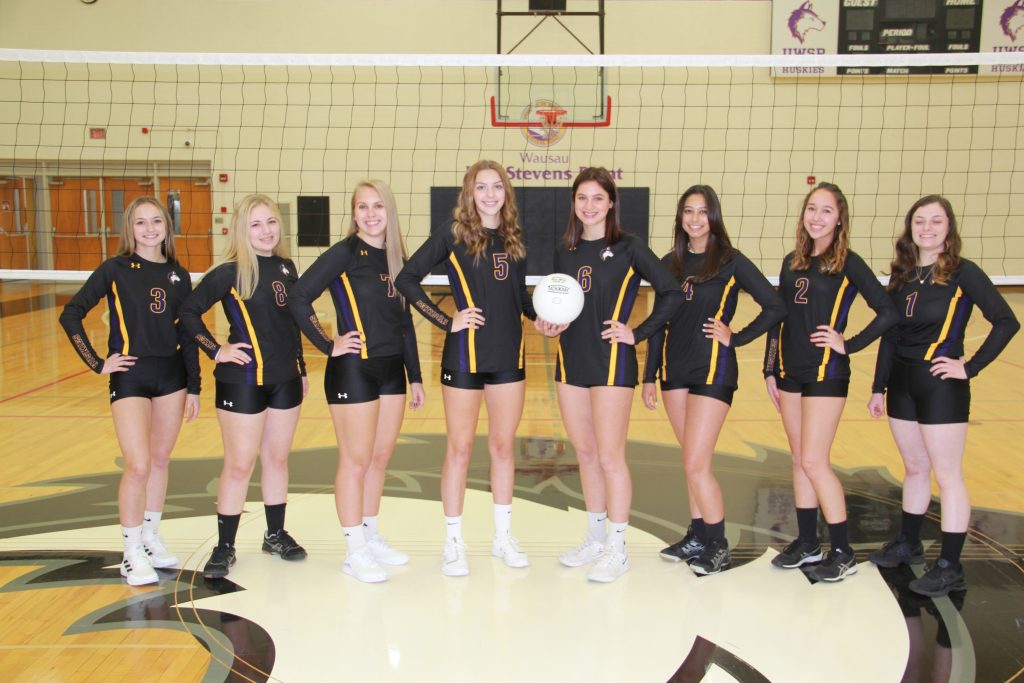 PLAY FOR THE LOVE OF THE GAME

UW-Stevens Point at Wausau is dedicated to providing students with a variety of exciting athletic opportunities, both competitive and recreational. We take pride in our varsity sports programs, which are part of the Wisconsin Competitive Sports League (WCSL). Our teams include men’s basketball and women’s volleyball. UW-Stevens Point at Wausau also offers a variety of intramural sports opportunities.

If you’re interested in intercollegiate competition, UW-Stevens Point at Wausau offers sports that will enable you to compete with students at other campuses throughout the state. You don’t need to be a sports superstar; you do need to love the sport, enjoy competition, and be willing to give it your best effort.

To learn more about the program’s success, visit our YouTube channel for previous season highlights and check us out on Facebook!

If varsity intercollegiate competition isn’t what you’re looking for, check out UW-Stevens Point at Wausau’s intramural activities. Intramurals are fun, recreational, social and mildly-competitive sport activities that give you the chance to meet new people, take a break from the books, lead a healthier lifestyle and have fun!

All intramural registration is online and available at www.imleagues.com/NTC-UWMC/Registration. Participants have three registration options (create a team, join a team or become a free agent). NTC, UWSP-Wausau, MCW-CW, and WisPACT participants are allowed to be on the same roster.

All intramural sports are considered coed, but teams without the required number of females or males are eligible to register. However, these teams do not qualify for league championships. Updated game schedules and standings are available within our imleague.com website. Questions regarding intramurals, email chitwood@ntc.edu.

The gymnasium, racquetball court and Fitness Center are open to students, staff and community members (see below for details).

The UW-Stevens Point at Wausau pool is open to the public for lap or open swim. However, because of the pool depth, it is not open to children or non-swimmers. It is free to all students, faculty and staff.

Patrons must present UW-Stevens Point ID card, Emeriti ID or Pool Pass to lifeguard. Patrons that would like to purchase a Pool Pass should do so in the Main Office during regular business hours.

Community members can buy a book of five pool passes for $15. They can be purchased at the UW-Stevens Point at Wausau Business Center in the main academic building, 518 S. 7th Ave., Wausau, WI 54401.

Community members can buy a Field House Community Pass valid for one semester for $30. They can be purchased at the UW-Stevens Point at Wausau Business Center in the main academic building, 518 S. 7th Ave., Wausau, WI 54401.

The UW-Stevens Point at Wausau Athletic Hall of Fame was established to honor former athletes, coaches, program assistants, and faculty and staff, who have made significant contributions and demonstrated exceptional skill while serving this campus and the Wisconsin Collegiate Conference.

Nominations will be accepted until October 1 of each year. Inductees will be recognized here and will be listed on the UW-Stevens Point at Wausau Fieldhouse display.

Submit the completed nomination and nominee forms to:

Intercollegiate athletics is an important element of the total collegiate experience for men and women students. Student involvement, whether it is by actual participation or a vicarious experience, is the primary reason for the existence of the sports program.

The principles of fair play, physical welfare of athletic participants, amateur athletic competition and the academic success of the student-athlete are high priorities of the athletics program. The campus environment is enhanced by the inclusion of sports programs into the mix of college opportunities.

It is the intent of UW-Stevens Point at Wausau to provide men’s and women’s intercollegiate sports programs which strive for athletic excellence, remain consistent with educational aims and objectives of the univesity and in accordance with the philosophy and structure of the Wisconsin Competitive Sports League. Equity for men and women athletes is an intended goal.