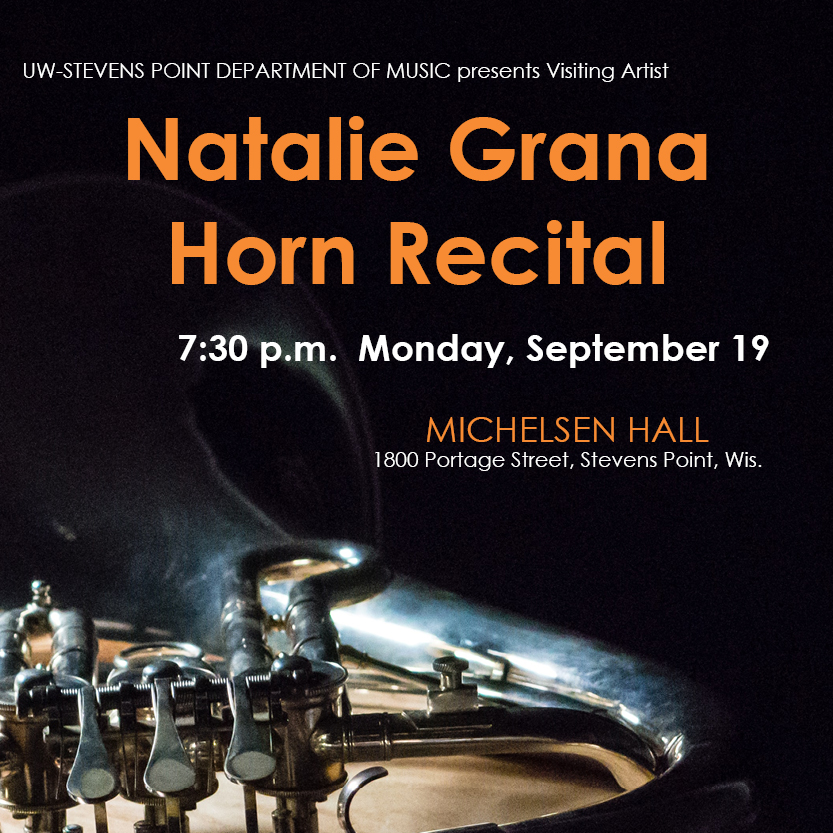 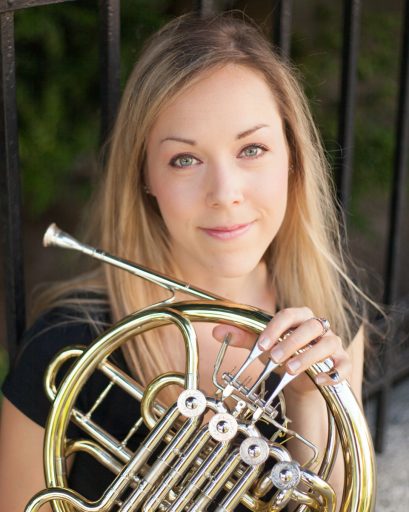 Dr. Natalie Douglass Grana is a hornist and educator based in Chicago, Illinois. Her integrative approach to teaching horn through singing and inner hearing has garnered international recognition, and she has worked with hundreds of students to develop fluency as hornists and complete musicians.

Dr. Grana is currently on faculty at Lake Forest College and DePaul University in Chicago and previously served as Assistant Professor of Horn and head of brass at Utah Valley University in Orem, UT. Dr. Grana has become an authority on inner hearing and solfege training, and specializes in transferring these skills to horn performance. Her pedagogy and teaching philosophies are greatly inspired by Zoltan Kodály, and she spent the 2015-2016 academic year on a U.S. Fulbright Grant to the Kodály Institute of the Liszt Academy of Music in Kecskemét, Hungary. She has appeared at numerous International Horn Society Symposia and regional horn workshops, has been a keynote speaker and clinician for NAfME, and has served as a visiting academic at Oxford University in Oxford, UK. Her masterclasses are in demand for hornists, brass players, and music educators alike, and she has been a guest artist at some of the world’s finest musical institutions, including the Royal Conservatoire of the Hague (The Hague, Netherlands), the Royal Academy of Music (London, UK), the San Francisco Conservatory (San Francisco, CA), and the New England Conservatory (Boston, MA). She has taught horn and led the musicianship curriculum at the renowned Kendall Betts Horn Camp since 2013. Her book, “A Singing Approach to Horn Playing,” is available through Oxford University Press.

As an orchestral musician, she has performed with the Cincinnati Chamber Orchestra, Quad Cities Symphony, Heartland Festival Orchestra, Utah Symphony, Louisville Symphony, Kentucky Symphony, and Illinois Symphony. She has played in backup ensembles for musicians like Josh Groban, Idina Menzel, and Mannheim Steamroller. While in Utah, she also recorded musical soundtracks, video game music, and film scores for various recording studios in Salt Lake City. She has toured under the batons of Lorin Maazel and Krzysztof Penderecki and performed in venues across Germany, Austria, Poland, France, the Netherlands, Hungary, and Oman.

Dr. Grana holds a D.M.A. in Horn Performance from the University of Cincinnati College-Conservatory of Music and an MM in Horn Performance and BME in Instrumental Music Education from the University of Illinois in Urbana-Champaign. Her principal teachers include Randy Gardner, Bernhard Scully, Thomas Jostlein, and Kazimerz Machala. She studied solfege and voice under Agnes Gerges-Gal and Renata Darazs of the Liszt Academy of Music, Hungary.