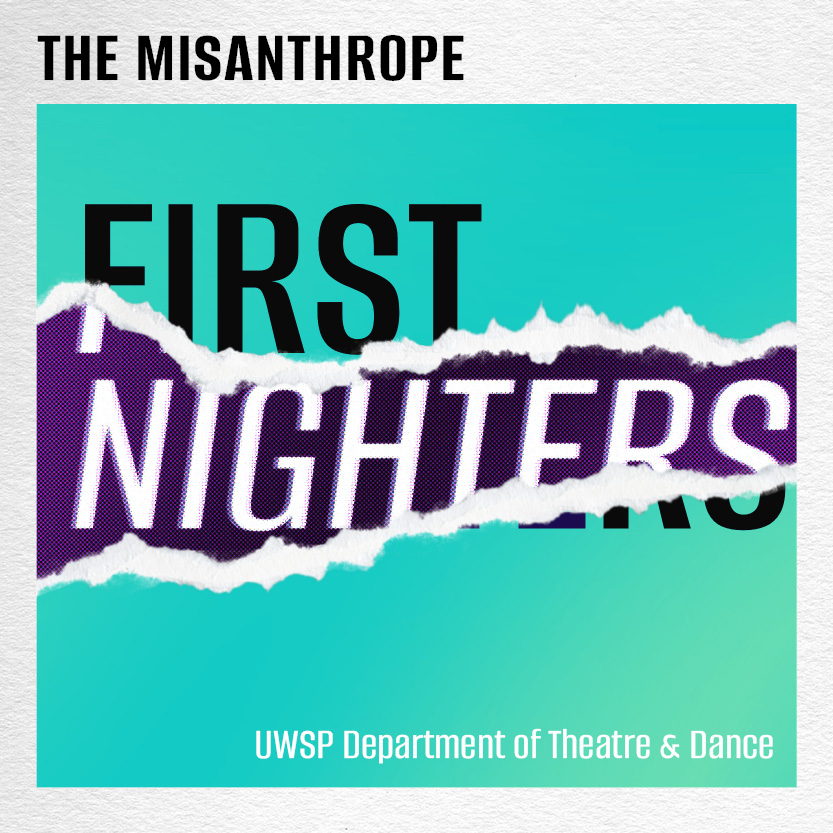 The First Nighters include one ticket to a show and a show-themed meal catered by UWSP Dining.

The evening begins with cocktails (cash bar) followed by dinner and the performance.

Outraged by the empty flattery and dishonesty of men, Alceste declares he will speak only truth—no matter who it may offend. Philinte counsels him to temper his rashness, but Alceste claims he can no longer tolerate the two-faced conventions of the world. Ironically, Alceste is enamored with Celimène, whose malicious tongue and unceasing flirtations make her the embodiment of everything Alceste professes to loathe. Upon discovering Celimène’s scathing commentary on her lovers, Alceste rejects her affection and declares that he will renounce the world and seek a place where honesty can still flourish.