Jason Siegel joined the Depatment of English at UW-Stevens Point at Wausau in 2010. He’s been a senior lecturer since 2014, teaching literature, composition, and developmental writing. Siegel said he wants composition students to question every idea they encounter so they can control their own view of the world and to learn to express themselves in clear and organized prose. On campus, Siegel has served as chair of the English Department Literature Committee and the Online Program/Technology Committee.

“The Plot Against America: Philip Roth’s Counter-Plot to American History,” Louisville Conference on Literature and Culture Since 1900. Louisville, Kentucky. February 19, 2009.

I am proud of the English department’s dedication to helping students derive pleasure and enrichment from great works of art. At the same time, we foster a spirit of critical engagement in an age when it is more necessary than ever.

Pay more attention to the timeless than the timely. 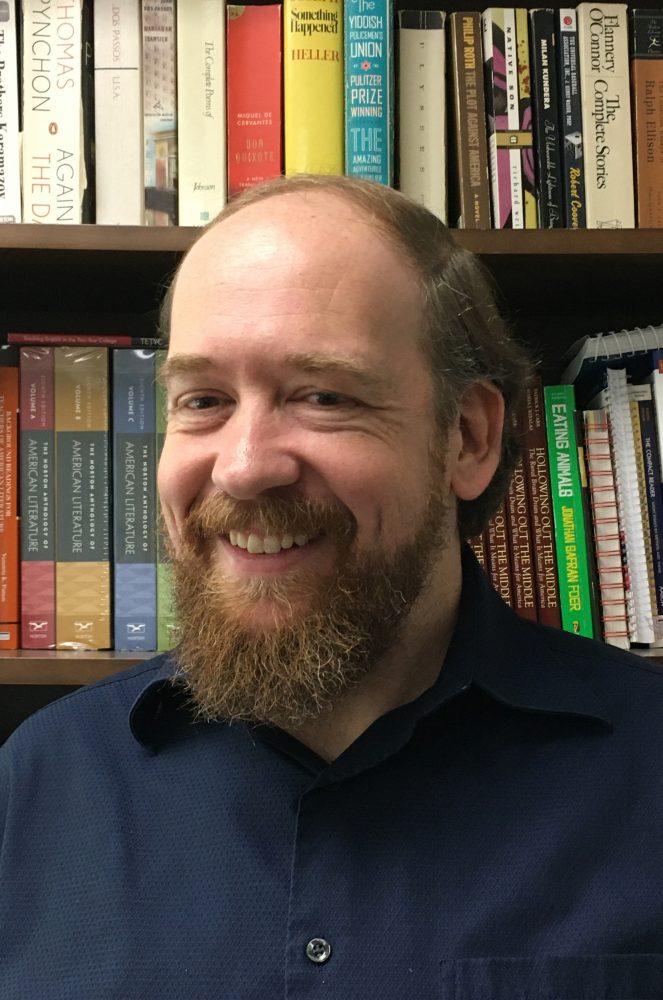