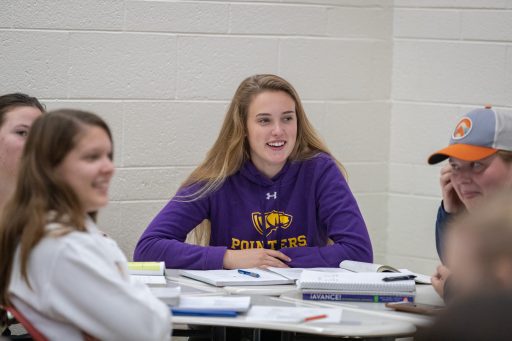 A Spanish minor is an excellent option for a variety of majors.  Approximately 350 million people worldwide are native Spanish speakers and Spanish is the second most spoken language in the world. In fact, 21 countries have Spanish as their official language: Spain, Equatorial Guinea (Malabo) in West Africa, Mexico, Costa Rica, Cuba, Dominican Republic, El Salvador, Guatemala, Honduras, Nicaragua, Panama, Puerto Rico, Argentina, Bolivia, Chile, Colombia, Ecuador, Paraguay, Peru, Uruguay, Venezuela. The Spanish-speaking population is one of the fasting growing segments in the world, especially in the United States.

English as a Second Language teachers are in high need.  Additionally, the Hispanic market is today the most rapidly expanding market in the United States. Hispanic consumers have become a driving force in the largest national markets, including southern and northern California, New York, Chicago, Florida, Texas, and others. Some marketing studies show that Hispanics prefer to make buying decisions in Spanish and not surprisingly, there are many career fields in the U.S. are transitioning to bilingual services.

Learning Spanish helps you to gain access to a wealth of Spanish art, music, literature, and film. Becoming bilingual means seeing the world through more than one lens; a skill that can help you in many areas and if you plan to travel, knowing the language of the places you visit will give you insights into the people and culture that a non-Spanish speaker would never have access to.

For more information, visit the Course Catalog, search by the name of this program, and filter by semester.

School of Humanities and Global Studies