Molly Roseman, Professor of Piano, whose playing has been described as “authoritative and artistic”, is a versatile performer taking on active roles as a soloist, chamber musician, and collaborative pianist.  Her performances have taken her across the state, regional, and national levels.  She is an active member of the Copernicus Piano Trio, a UWSP faculty chamber ensemble.  For over 25 years, she has performed extensively as a member of the Roseman Flute/Piano Duo with flutist and husband, Jacob Roseman.  They have been featured on Wisconsin Public Radio and various national and international radio outlets. Additional performances have taken them to many university and community recital series across the United States.  She has been a featured soloist with various regional orchestras in the Upper Midwest such as the Central Wisconsin Symphony Orchestra, the Wisconsin Chamber Orchestra, the Maple City Chamber Orchestra (IN), the UWSP Symphony Orchestra, and the UWSP Wind Ensemble.

Roseman has performed numerous times on WPR’s “Live at the Chazen” series and has appeared in such venues as the South Beach Up North Music Festival, the Atlanta Pro-Mozart Society, the Tallahassee Bach Parley Series, the National Flute Association Convention, the Wisconsin Music Teachers Association Convention, the Wisconsin Flute Festival, the Midwest Horn Workshop, and the International Saxophone Symposium. She performed many years with the Green Bay Symphony Orchestra where she held the post of principal keyboardist.

Roseman is a devoted educator and active member of Wisconsin Music Teacher’s Association.  She regularly gives masterclasses and workshops across the region.  Her interests include French piano music where she has studied in France with the distinguished Debussy/Ravel scholar and pianist, Paul Roberts.

Interpretation and performance of Debussy and Ravel’s piano works

Never take your education for granted.  Soak up every opportunity to learn, ask, listen, collaborate, experiment, and get out of your comfort zone! 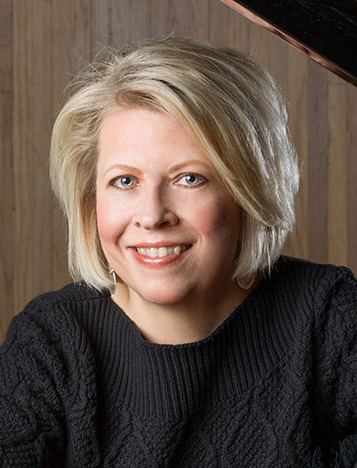