Laurie’s research interests include American musical theatre and film, Irish drama, and dramaturgical theory and practice. She has presented her research on the Depression-era Broadway musical at regional and national conferences, including the American Society for Theatre Research (ASTR), the Association for Theatre in Higher Education (ATHE), and the Popular Culture Association (PCA). She has served as production dramaturg and dramaturgical consultant on twenty-five productions, including The Playboy of the Western World and How I Learned to Drive here at UWSP. In 2013, Laurie co-led UWSP’s Theatre in London summer program.

In addition to her theatre courses, Laurie teaches freshman and sophomore English and is academic writing consultant for undergraduate and graduate students in the School of Education. She also teaches in UWSP’s Upward Bound summer program, a federal TRIO program for first-generation college-bound high school students, and curates Out on Screen, UWSP’s annual LGBTQ+ film festival.

I’m proud of the commitment to artistic growth and intellectual curiosity fostered by our faculty and staff and embraced by our theatre and dance students, and I’m excited how our students’ commitment to equity and inclusivity challenges us all to be socially responsible and responsive educators and artists. 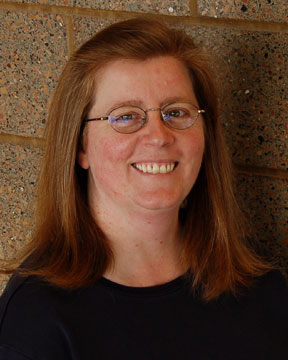