Recently appointed to the music faculty of the University of Wisconsin-Stevens Point, Andres Moran serves as the director of the UWSP Symphony Orchestra and artist/teacher of horn. From 2009 to 2016, Moran was the Resident Conductor of the El Paso Symphony Orchestra and the Music Director and General Manager of the El Paso Symphony Youth Orchestras. During his time in El Paso, the EPSYOs grew to serve over 300 young musicians throughout the greater Southwest region. Moran’s responsibilities with the El Paso Symphony included creating and implementing all of the organization’s education and outreach programs, including their presentation of six annual Carnegie Hall Link Up concerts for over 14,000 area 5th grade students.

A highly sought-after clinician and conductor, Moran has served on the conducting staffs of the Albuquerque Youth Symphony and the prestigious Interlochen Summer Arts Camp. In March 2015, the Detroit Symphony invited Moran to guest conduct DSO’s Civic Youth Orchestra. In January 2013, Moran conducted the New Mexico Music Educators All-State Orchestra. Since 2015, he has conducted the Music in the Mountains Conservatory Orchestra in Durango, Colorado and led the Festival Orchestra in pops and family concerts.

An accomplished horn player, Moran is the principal horn of the Central Wisconsin Symphony Orchestra. He has performed with the El Paso Symphony Orchestra, Las Cruces Symphony Orchestra, Brevard Music Center Orchestra, and the Sarasota Music Festival. In 1999 and 2000, Moran was selected as a finalist in the International Horn Society’s Solo Horn Competition. His horn instructors include Nancy Joy, Gregory Hustis, and Myron Bloom.

I serve on the board of the Central Wisconsin Symphony Orchestra, where I am also the music director and conductor.

You will be challenged and supported in the classroom, private lesson studios and large ensembles. I encourage you to pay us a visit. I am confident that you will see yourself fitting in here at Point! 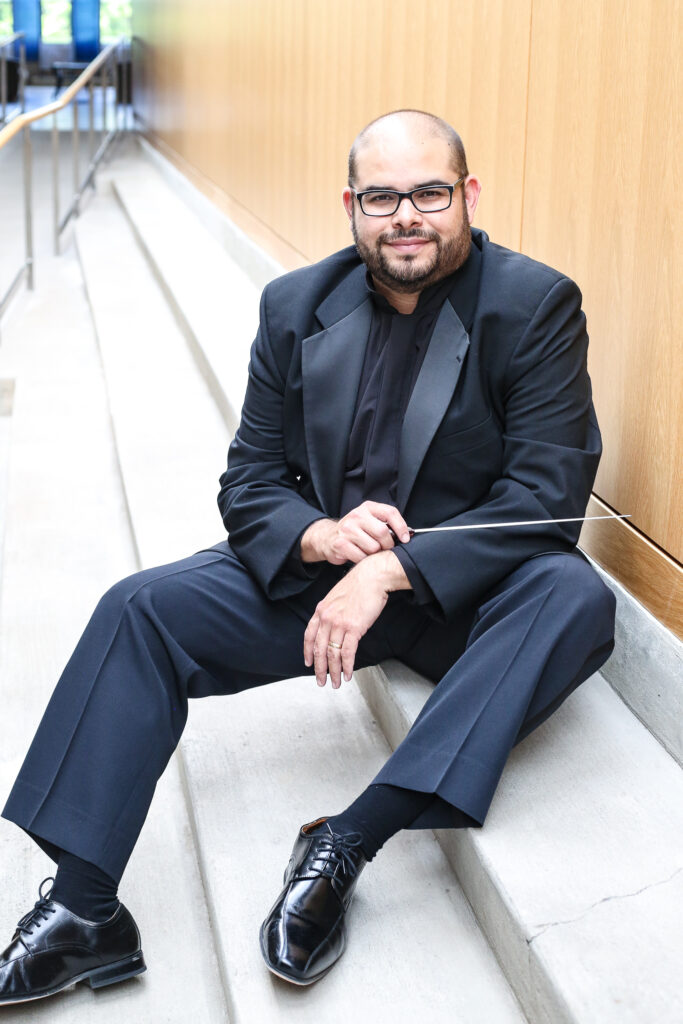