Rob Stolzer received his BFA from the Mason Gross School of Art at Rutger’s University in 1985, where he studied with Leon Golub and Joan Semmel, and his MFA from the Tyler School of Art at Temple University in 1989, where he studied with Kiki Smith and John Moore. Rob has been on a two-year residency at the Core Program, part of The Museum of Fine Arts, Houston, in Houston, Texas. He has also attended the IWCAT (International Workshop of Ceramic Art in Tokoname) Summer-long residency in Tokoname, Japan. Most recently, Rob took part in month-long residencies at the Vermont Studio Center, in Johnson, Vermont.

From 1985 to approximately 1996, Rob worked as a free-lance illustrator, with illustrations appearing in The Progressive, The Chronicle of Higher Education, The New York Times Book Review and Houston City Magazine. Over the past few years, he has concentrated on his studio work, as well as writing about the history of the comic and cartoon arts.

That moment when a student decides to finally believe in him or herself. Look to be perfectly imperfect. 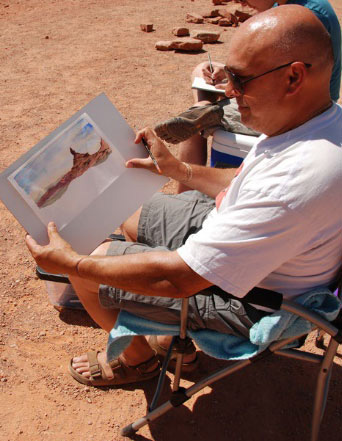