Eduardo Gregori is a native speaker of Spanish. Born and raised in Valencia (Spain), he completed a B.A. in English Studies at the University of Valencia. Upon graduation, he moved to the United States, completing an M.A. in Spanish (University of Nebraska-Lincoln) and a Ph.D. in Spanish (Penn State University). He came to the University of Wisconsin-Stevens Point at Wausau in 2009.
His research interests are centered on 20th-century Spanish literature; modernist and avant-garde prose, as well as contemporary poetry. He has presented nationally, published articles and co-edited a book on these topics. He is also interested in creative writing, as he continues to write and publish poetry in Spain.
In his spare time, he’s an avid fan of soccer, especially of Real Madrid. 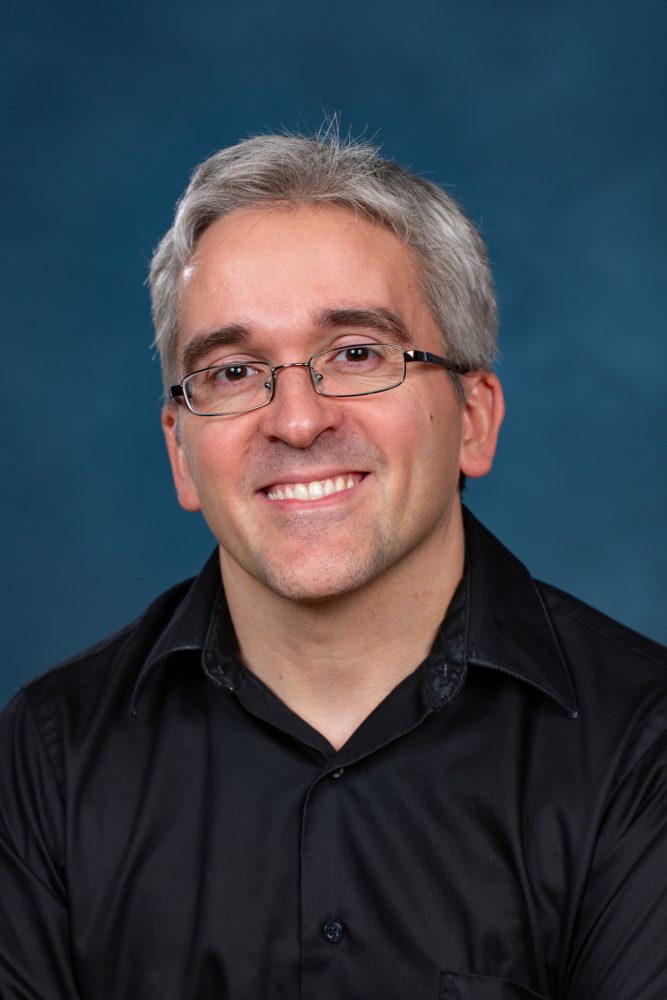